Join the live YouTube broadcast with @History4Ukraine this Saturday. I am honoured to be the launch speaker, ahead of a stellar line-up of leading historians and genealogists from around the world. I will speaking about my latest book #TheWhiteShip.

There’s no charge for watching, and throughout the live stream we’ll be inviting you to donate to https://justgiving.com/fundraising/… with all funds being passed to the British Red Cross Society’s DEC Ukrainian Humanitarian Appeal. 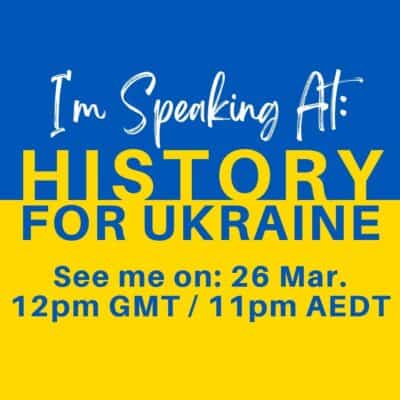 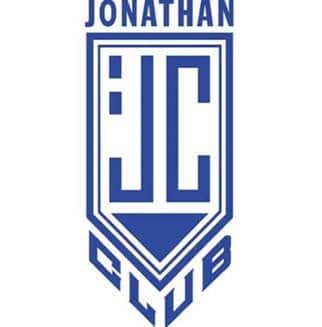 Watch Charles Spencer in conversation with The Jonathan Club 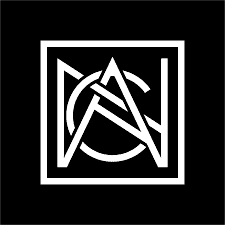 The sinking of the White Ship in 1120 is one of the greatest disasters England has ever suffered. In one catastrophic night, the king’s heir and the flower of Anglo-Norman society were drowned, and the future of the crown was thrown violently off course.

In a riveting narrative, historian Charles Spencer follows the story from the Norman Conquest through to the decades known simply as “the Anarchy”: a brutal civil war between English and Norman barons, rebellious Welsh princes, and the Scottish king, all gambling to win in a desperate game of thrones.

Spencer, 9th Earl of Spencer and the author of The Sunday Times bestseller Blenheim: Battle for Europe, discusses his latest book with moderator Glenn Raucher.

Listen to Charles Spencer on The Rex Factor Podcast

Listen to Charles Spencer discuss why Henry I was such an impressive king, what happened in the White Ship disaster and why this was such an important moment in English History 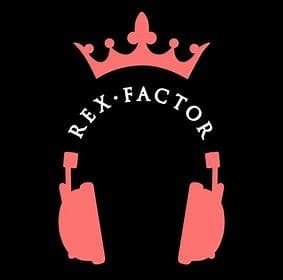 Listen to Charles Spencer on the Shaken & Stirred Podcast

Listen as Charles Spencer talks to Nigel Barker about his latest book, The White Ship.

Listen as Charles Spencer talks to Steve Clemons about his latest book, The White Ship.

Charles Spencer will be speaking with Reverend Richard Coles at the Yeovil Literary Festival about his latest book THE WHITE SHIP.

Exclusive Talk at The Sulgrave Club

Charles Spencer will be speaking at the exclusive members club, The Sulgrave Club, about his book THE WHITE SHIP ahead of its US launch on October 19th. 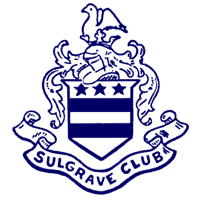 Join Charles Spencer on Monday Oct 4th when he will be speaking online at the Boston Athenaeum about his book THE WHITE SHIP ahead of its US launch on October 19th.

Register for your attendance here

Over each evening, from June 7th – 10th, our editor, Oliver Webb-Carter, will interview four of our historians about their latest books and future projects.
We have arranged a high quality line-up of Charles Spencer, Helen Fry, Saul David and Giles Milton.

The festival will offer its usual amazing line-up of talks, topical debates, living history and activities for children, with eminent historians and household names all bringing history to life.

The White Ship: Conquest, Anarchy and the Wrecking of Henry I’s Dream, with Earl Spencer

The sinking of the White Ship on the 25th November 1120 is one of the greatest disasters England ever suffered. Its repercussions would change English and European history for ever.

Lord Spencer, author of historical novels that include ‘Killers of the King – the men who dared to execute Charles I’ and ‘To Catch a King – Charles II’s great escape’ will join us by Zoom to talk about The White Ship, his most recent book. The paperback will be released on June 10th and everybody who buys a ticket for his talk will get a copy, hot off the press, signed and dedicated. 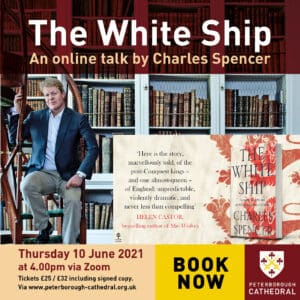 The White Ship: an online talk by Earl Spencer

To coincide with the day on which ‘The White Ship’ is released in paperback, Charles Spencer will take up the themes of his book: conquest, anarchy and the wrecking of Henry I’s dream.

The 45 minute talk, via Zoom, will be followed by a short Q&A.

Charles Spencer evokes this tragic and brutal story of the Normans from Conquest to Anarchy. With the heir dead, a civil war of untold violence erupted, a game of thrones which saw families turn in on each other with English and Norman barons, rebellious Welsh princes and the Scottish king all playing a part in a bloody, desperate scrum for power.

Lord Spencer discuss his seventh and latest book The White Ship which sank near the Normandy coast on 25 November 1120. Amongst the dead was William Adelin, the only legitimate son and heir of Henry I. His death led to a crisis of succession and a period of bloody civil war know as the Anarchy.

Lord Spencer’s seventh and latest book The White Ship evokes the harsh and brutal story of a dead heir, a civil war of untold violence and a game of thrones which saw families turned in on each other and how the course of British history changed overnight

Lord Spencer discuss his seventh and latest book The White Ship which sank near the Normandy coast on 25 November 1120. Amongst the dead was William Adelin, the only legitimate son and heir of Henry I. His death led to a crisis of succession and a period of bloody civil war know as the Anarchy.

Lord Spencer is discussing The White Ship, his seventh and latest book with Sally Laverack .

The tragedy that led to decades of civil war, untold violence, rebellion and the collapse of Henry I’s legacy of stability and wealth, which changed English history for ever. 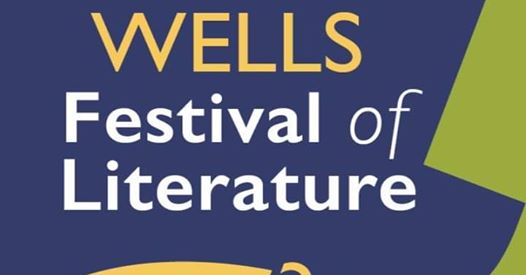 Lord Spencer will be discussing his latest book The White Ship – conquest, anarchy and the wrecking of Henry I’s dream.

This thrilling story, written to mark the 900th anniversary of one of the greatest maritime disasters in English history, describes how the fastest ship afloat sank, taking with it the only legitimate heir to King Henry 1.

Lord Spencer is a longtime and generous friend of KCWC. He returns for the October Speaker Series to discuss his seventh and latest book The White Ship which he describes as “a cross between Titanic and Game of Thrones – with a slice of Sliding Doors!” 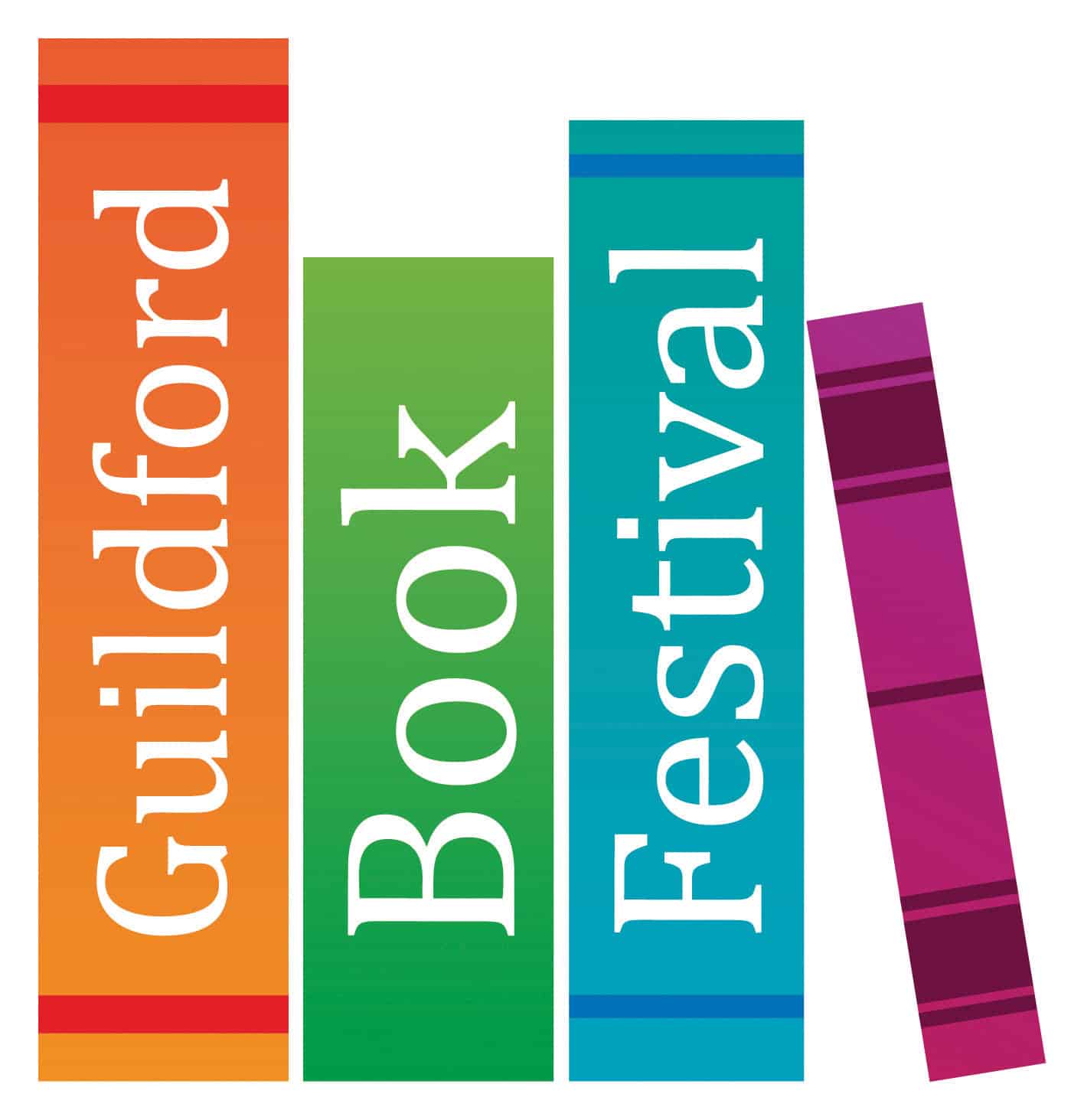 Lord Spencer will be discussing his latest book The White Ship – conquest, anarchy and the wrecking of Henry I’s dream

Up Close and Personal

A fascinating interview with Lord Spencer discussing his latest book The White Ship with Rebecca Harding, Global Chair of the SWWJ. 22 September 2020.

Henry I, the King of England

920 years ago today Henry I became King of England. The youngest son of William the Conqueror, he was never intended for the crown. In 1100, an opportunity presented itself.

READ THE ARTICLE AT CATHOLICHERALD.CO.UK

Founder and Editor in Chief of Cabana Magazine, Martina Mondadori, joins Charles Spencer for a live tour of the Library at Althorp House on Instagram Live.

SEE THE VIDEO ON INSTAGRAM.COM 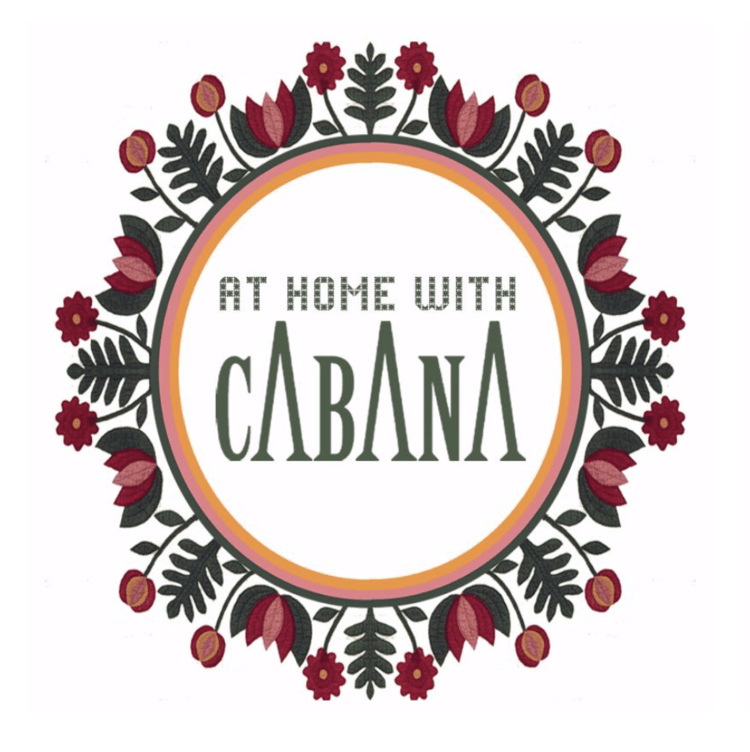 Charles Spencer discusses his bestselling books, and life at Althorp during the COVID-19 pandemic, with presenter Paul Blezard at the Lockdown Literary Festival.

Charles Spencer paid tribute to young people from around the world who are being honoured for the positive impact they’re making in their communities, as told by PEOPLE magazine.

READ THE ARTICLE AT PEOPLE.COM 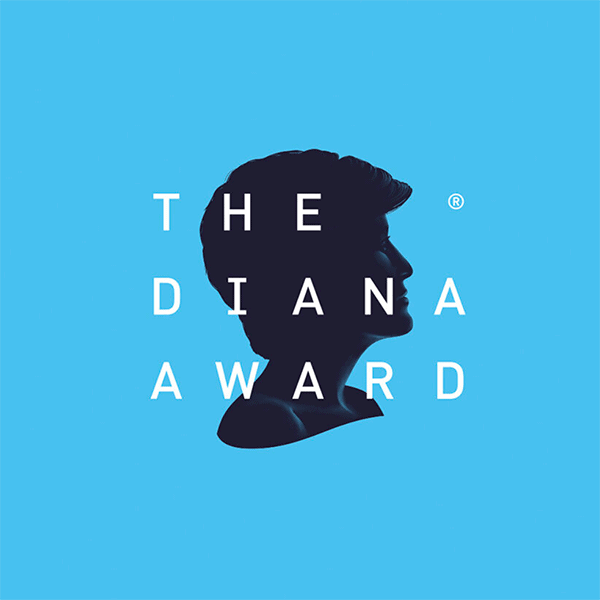 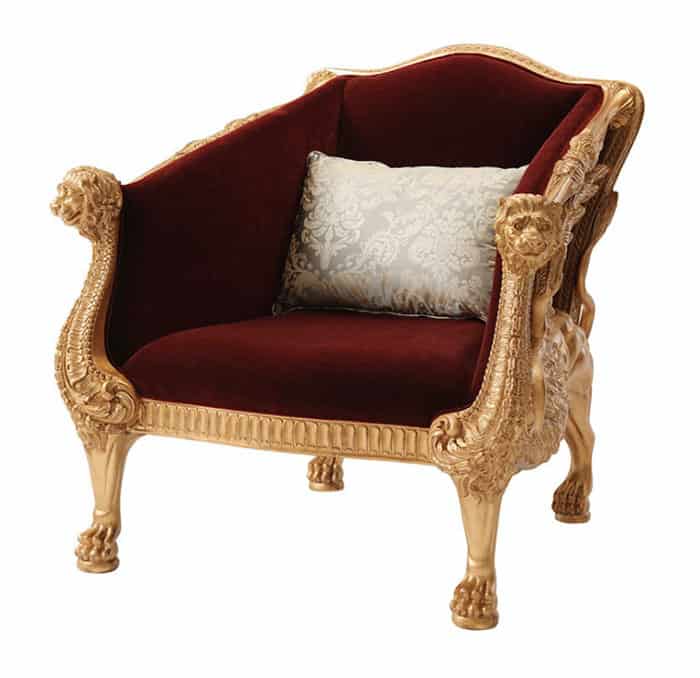 Architectural Digest PRO checks in with Earl Spencer, who has opened up Althorp House to Theodore Alexander’s design team.

READ THE ARTICLE AT ARCHITECHTURALDIGEST.COM

Video: Charles Spencer travels to France to discover the untold story of his father’s heroism during the Normandy invasion.

READ THE ARTICLE AT TODAY.COM 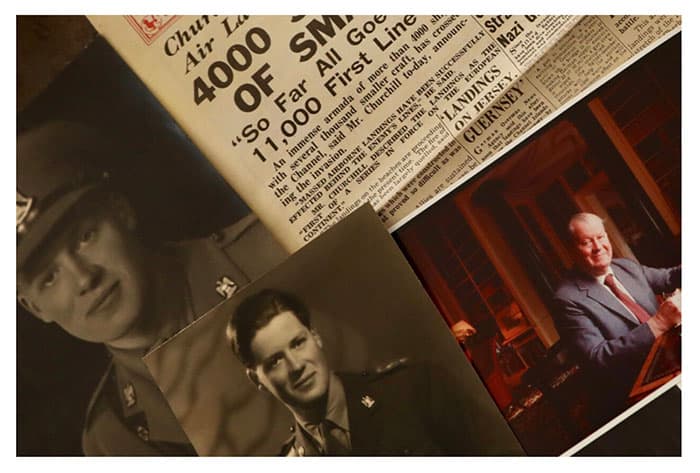 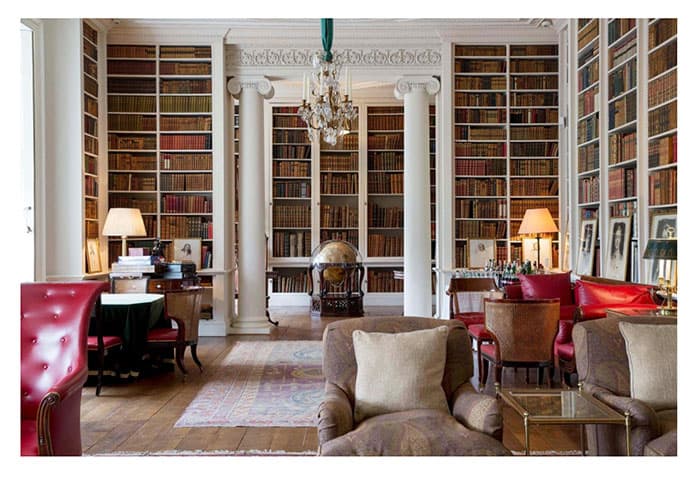 Charles Spencer on his cure for jet lag and maintaining Althorp Park.

The Spencers have been in public life since the 16th century, when Sir John Spencer was knighted by Henry VIII. Lord Spencer, the 19th generation of his family at Althorp, considers his position.

“When I took over, I walked through the saloon, which is hung with family portraits going back 500 years. It was like walking across the stage with an audience. I thought, My goodness, it’s my turn to do something with the place.”

READ THE ARTICLE AT TELEGRAPH.CO.UK 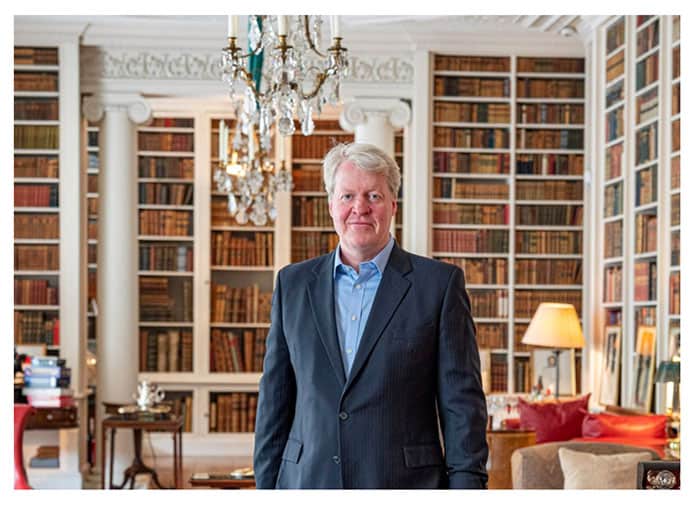 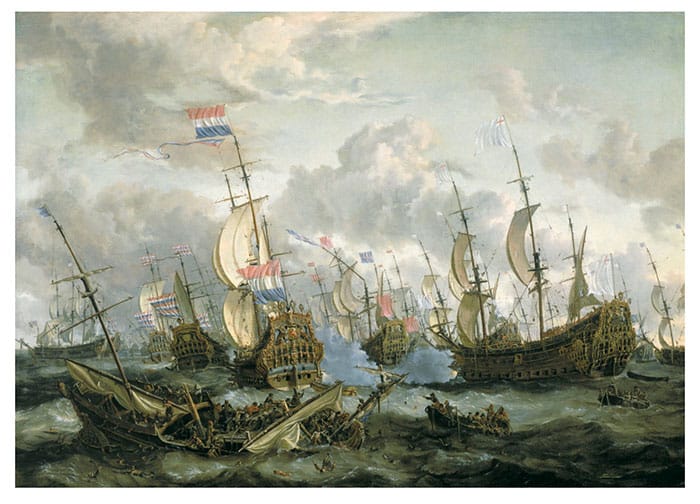 Literary Review: ‘To Catch a King’

“Charles Spencer’s latest book, To Catch a King, does for us exactly what Charles II intended when he asked Pepys to commit his story to paper: ensure that this most extraordinary episode is never forgotten.”

READ THE ARTICLE AT LITERARYREVIEW.CO.UK

The Times: ‘To Catch a King’

“The story of the young Charles II’s escape after the Battle of Worcester in 1651 has been told many times, and no wonder; it’s a ripping yarn, with ingredients that belong partly to thrillers and partly to fairytales.” 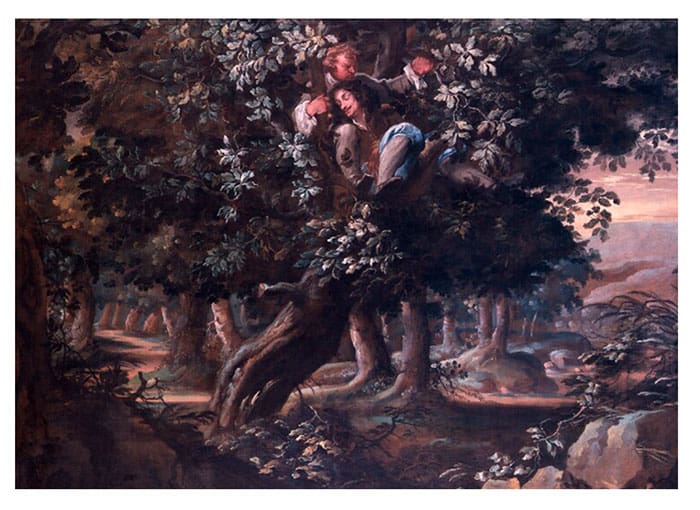 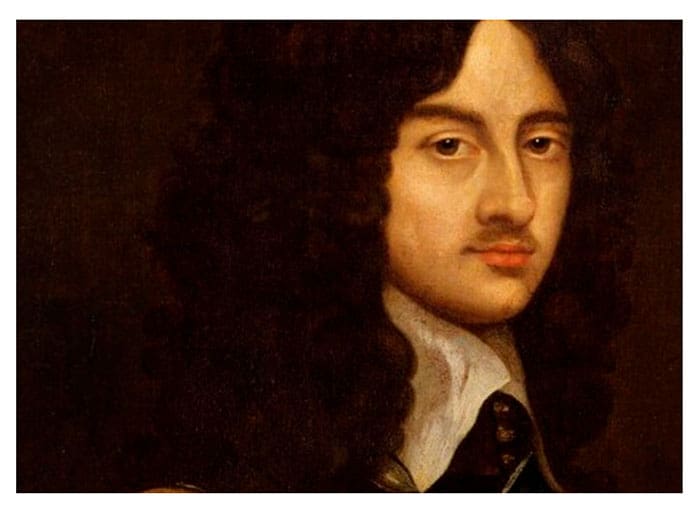 History Today: ‘To Catch a King’

“A lively account highlights the heroic exploits of his loyal companions and the ravages of war against Cromwell.”

READ THE ARTICLE AT HISTORYTODAY.COM

READ THE ARTICLE AT RALPHLAUREN.CO.UK 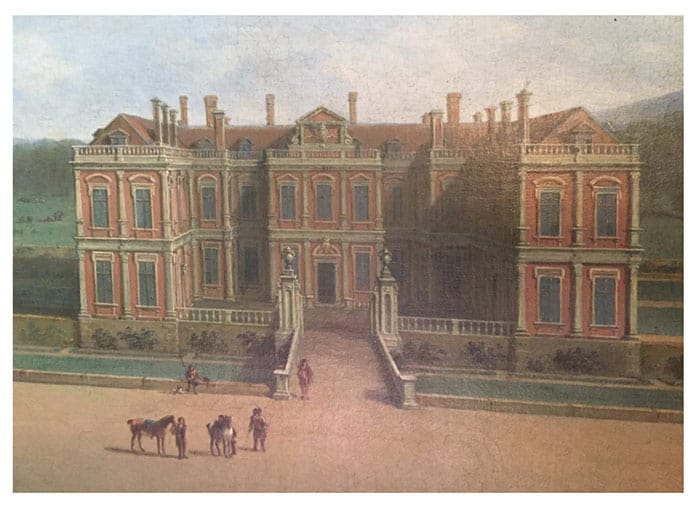 People Magazine: ‘To Catch a King’

“The 9th Earl Spencer noted that the monarch (Charles I) once bought 10 purple capes and purchased as many as 40 suits in one year. At one point, Spencer said, Charles II spent 1 percent of the nation’s wealth on himself in a single year. (Really.)”

READ THE ARTICLE AT PEOPLE.COM

Vanity Fair: ‘Killers of the King’

“Killers of the King: The Men Who Dared to Execute Charles I, is a dark tale of the consequences faced by the 59 men who brought about the death of Charles I, in 1649, by signing his death warrant.”

READ THE ARTICLE AT VANITYFAIR.COM 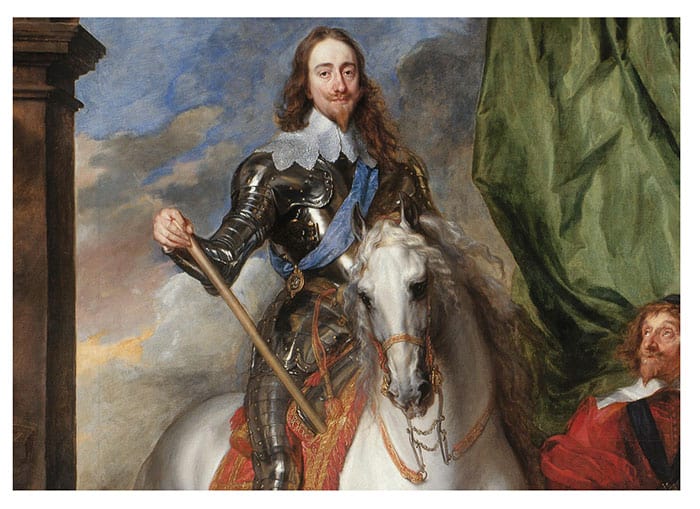 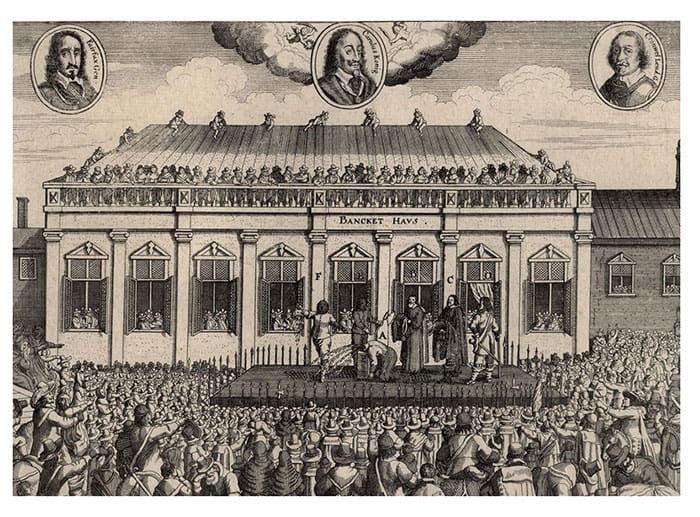 The Independent: ‘Killers of the King’

“This is a thrilling tale of pursuit and resistance and it is based on deep original archival research. It is a credit to Spencer’s skill that he both creates a vivid and enlightening picture of the age – a fevered time of denunciation and reprisal – and draws out the touching moments of human drama and sentiment from the stories of imprisonment and execution.”

READ THE ARTICLE AT INDEPENDANT.CO.UK

The Telegraph: ‘Killers of the King’

“When I was writing my most recent book, Killers of the King, I noticed a portrait hanging in a row of other men in armour that I’d never looked closely at before. It turned out he was Lord Grey of Groby, one of the killers of Charles I and a central character in my book. I never even knew he was there, let alone that I was related to him.”

READ THE ARTICLE AT TELEGRAPH.CO.UK 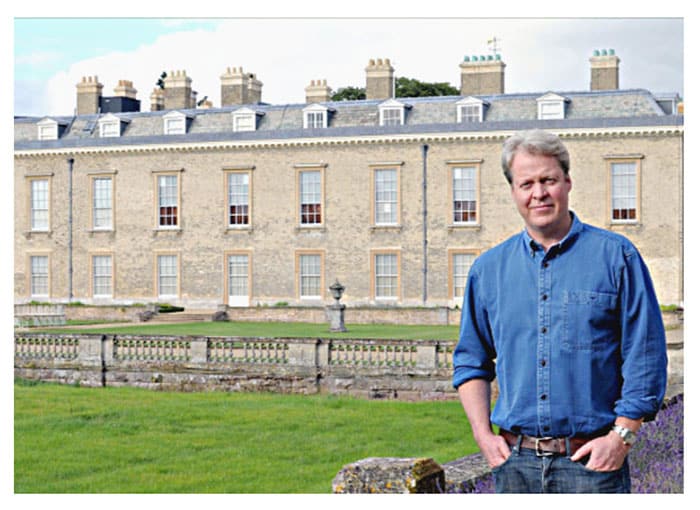 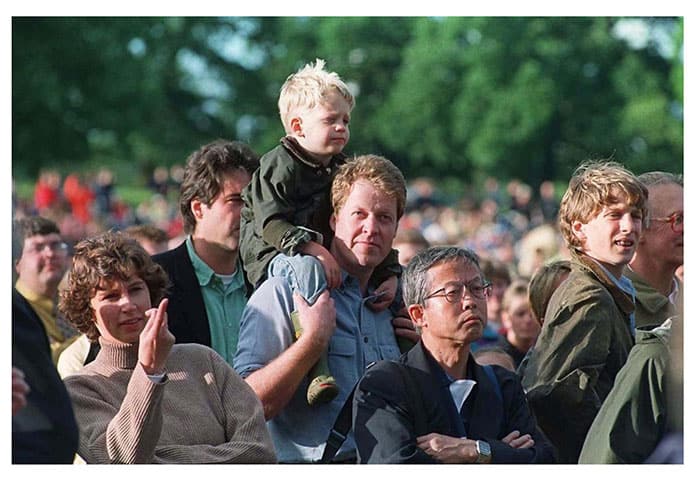 ‘My Name is Earl’

The 9th Earl Spencer talks to Hugo Rifkind about his relationship with royalty and why he’s happy (finally) at 50.